← back to
Altar Records
Get fresh music recommendations delivered to your inbox every Friday.
We've updated our Terms of Use. You can review the changes here. 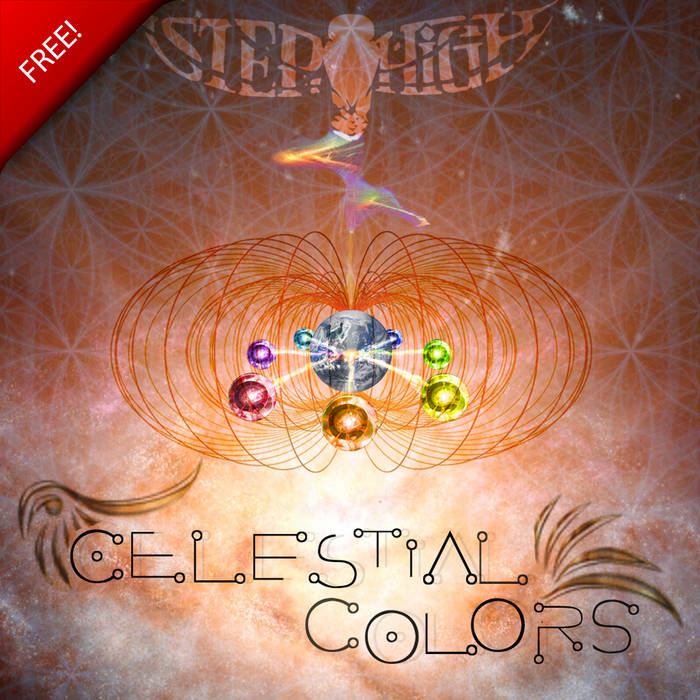 sergpot In the face of what I call the "psydub inflation", whereby more often then not less-than-good projects are showcased, this guy (born in 1991) makes a very good service to the genre (and to psychill). I wish there were more Chakras in the human body. 8.5/10

LoveSoldier Lay down, raise the volume and let your Chakras blossom within a colourful universe. Favorite track: Purple Abundance [24].

‘Celestial Colors’ presents seven tracks from the genre of Dub to psychill all mixed in a very distinctive style as they are connected musically to the tones of the 7 energetic centers of our body called the 7 Chakras.
The word Chakra means “spinning wheel of energy” in the ancient Indian language of Sanskrit.
There are many Chakras in the body, such as in the hands and feet, but there are seven main Chakras, running up the spine, which are each connected to a nerve plexus, situated within the seven main endocrine glands. Each Chakra is associated with different parts of the body, and through Chakra balancing and Chakra healing sound, you can achieve a healthier balance of your body, mind and spirit.

If you like your dub psychill-ed in a 100-140 Bpm range then ‘Celestial Colors’ is a great way to kick off any day.
Varied and skilfully assembled, it is an often stunning album.
Kindly offered on a donation basis. Fully released on the 28th of August 2016.

Alain, a french artist born in 1991 near Paris, is a multi-instrumentalist (guitar/bass-guitar/drums/percussions/synths) composer and producer since his 13 years-old. He played in many bands of metal, rock, ska, reggae and dub.
"Step High" is born in 2009 when he decided to make a fusion between dub and the electronic psychedelic universe. Sometimes he invites, when it's possible, some musicians to play with him on stage, to make the show more lively.
"Step High" is an invitation to discover an other planet, where the alchemy between much genders of music upgrades all the time; but on this planet, two rules need to be reminded :
-Leave your body shaking to the loud bass frequencies
-Let your mind go away within the melodies.

A huge thanks to all participating artists:

"Introduction of The 7th Chakras" : Voice by Dudley Evenson, Courtesy of Sounding Of The Planet.
www.youtube.com/user/SoundingsofthePlanet

Alain would like to give his special thanks to his: family, friends, and all the people he met on his way, for offering wonderful vibrations and for the support he received that gave him the strength to go forward in his artistic life.
And large big up to Gabriel Zen for his good vibes shared in Canada during my 2015 tour, and for giving the opportunity to release this album on Altar Records.

Bandcamp Daily  your guide to the world of Bandcamp

The Hammer and The Relentless from the Boston band Malleus stop by for a chat.